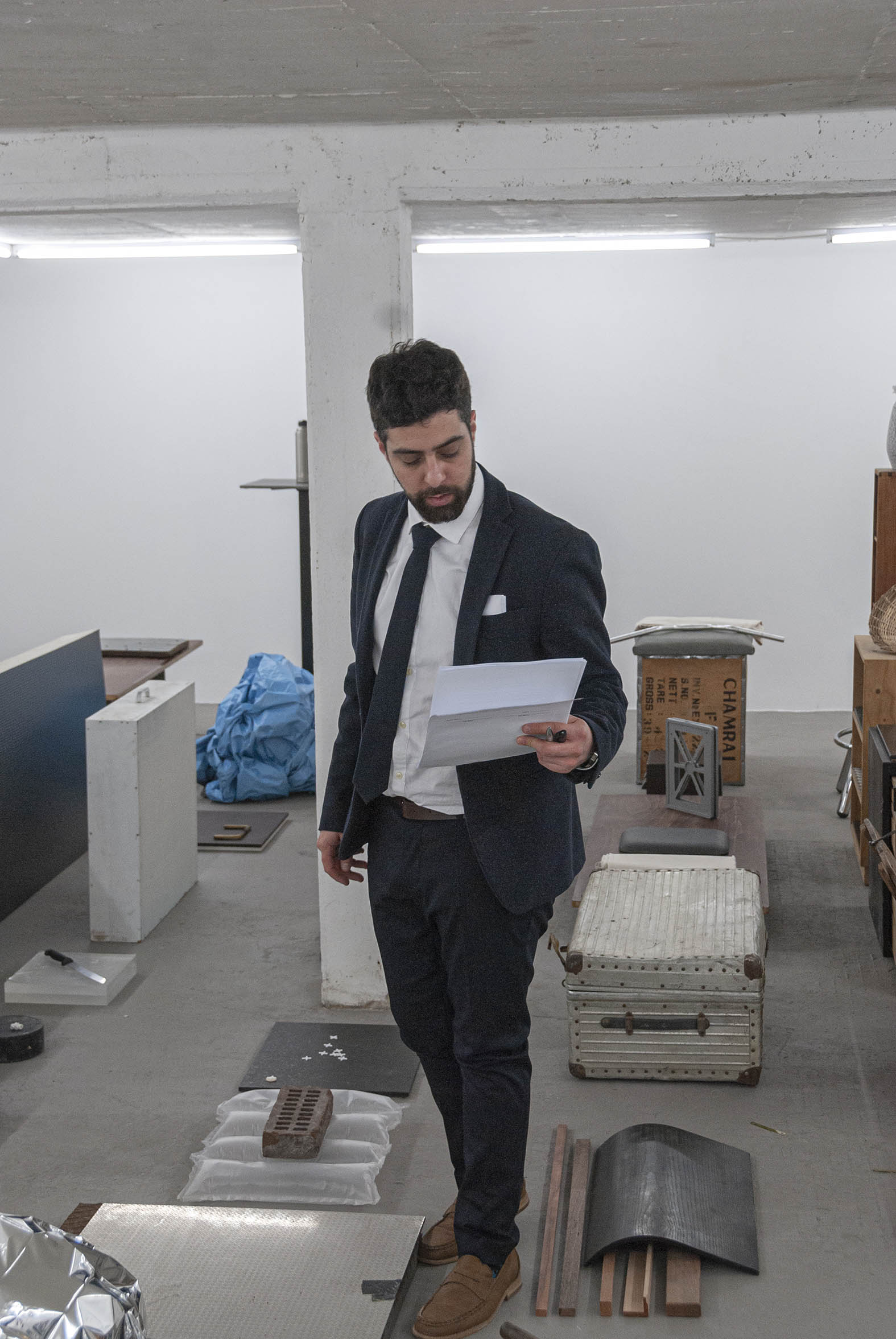 This process-oriented solo exhibition dealt with the popular motive of physically going to Mars.
Alongside a letter of intend that declared the artist’s willingness of participating in actual future maned missions the twofold motivation of accomplishing such an endeavor where of special emphasis: scientific curiosity and bypassing earth as limited resource.

Commonly, these two are used as lines of argumentation in the public discourse. Proponents tend to carefully hold them separate, depending on wether a public of tax payers or potential investors are addressed. This Janus-faced behavior linked with the defiances and eccentricity of being an astronaut/cosmonaut/taikonauts served as a role-model for being an artist as idealistic socio-catalyst, critical observer, engineer and entrepreneur.
Besides a series of 62 prints rendered from original footage shot and send via the US-operated curiosity rover, the exhibition held a large compilation of objects, illustrating the topic in a limited color code of silver, black and earth tones. Lined up in the exhibition space as freight set-up the manifold objects represented human culture (as an estimated whole) as potential cargo for extraterrestrial export by relating them to different aspects of a mission to Mars (eg transportation, shielding/sheltering, food supply, communication, computerization, documentation, maintenance, rare earths and property rights).